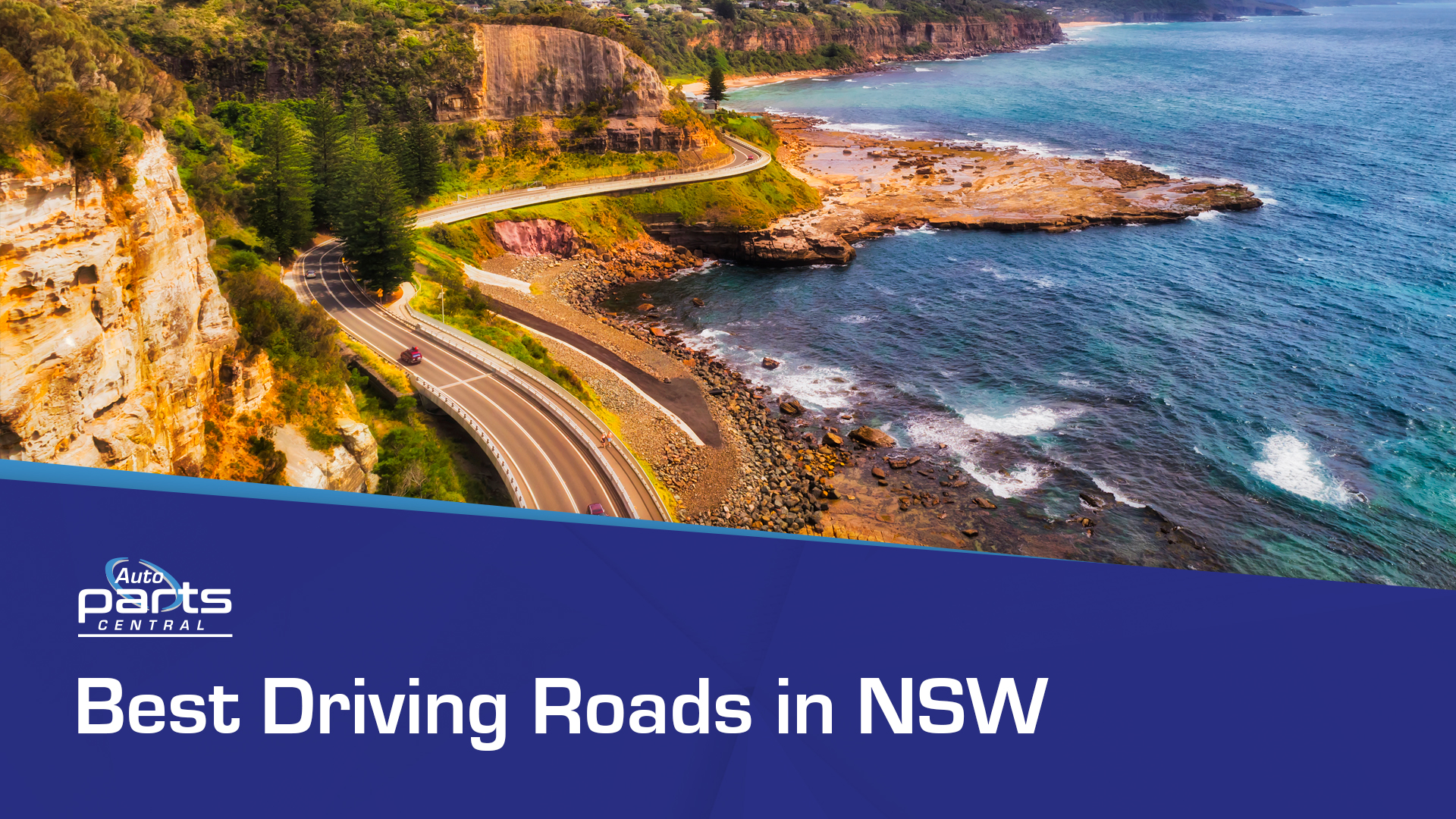 If you’re anything like us, you love taking your pride and joy (or even your daily) for a nice cruise on roads with flowing corners and breathtaking scenery, because cars are therapy after all.

Today, we have sampled some of the best driving roads and trips in NSW for you to enjoy – these are roads where you and your car become one, all of your problems disappear, and pure bliss is sure to ensue.

Dubbed ‘The Nasho’ by the locals, this is the route that begins at Loftus in South Sydney, where you turn off the A1 and onto Farnell Avenue. From there, it’s the better part of 40km to Stanwell Tops through the Royal National Park. Whilst this road is fun, it can be riddled with Highway Patrol, so stay wary.

After reaching Stanwell Tops, it’s time to descend down to sea level and continue over the stunning Sea Cliff Bridge into Wollongong.

This drive is somewhat of a favourite among Sydney and South Coast-based supercar drive experiences, and for good reason.

If you want to extend your drive by an extra couple of hours (one way), you can continue from Wollongong down to the Kiama blowhole and through Booderee National Park to reach your destination of Jervis Bay.

Starting in Richmond (North-West Sydney), the Bells Line of Road is an alternative route across the Blue Mountains from Sydney to the Central Tablelands. Not only is it a genuinely enjoyable, flowing, and engaging drive (if you don’t get stuck behind a bus or truck), it also avoids the horrendous traffic along the Great Western Highway.

The B59 runs 59 km from Richmond to Bell (hence the name), then it either runs south towards Mount Victoria or west to Lithgow.

For the most part, the Bells Line of Road is less a purist driving road as it is a very grand touring road – engaging, but won’t fully stretch the handling capabilities of anything more than a Toyota Hiace. Nevertheless, it does provide an exceptional blend of curves and scenery, proving to be much more enjoyable than the conventional route along the Great Western highway.

Just 10 km west from Mount Victoria or south from Lithgow is Jenolan Caves Road, Hartley. Entering from the Great Western Highway and far less patrolled by the Highway patrol than other popular roads, the run along this road from Hartley to Hampton is one of the best driving roads in NSW, and one of CarAdvice’s favourite stretches of bitumen for appraising especially spirited sports and performance cars.

From Hampton, continue through the Hampton State Forest and descend down the desolate, perilous, twisty, yet stunning road into the Jenolan Caves.

There are some dangers to look out for here, namely the logging trucks that frequent Jenolan Caves Road and the coaches full of overzealous tourists heading for the wondrous limestone Jenolan Caves.

It’s quite the trip,and whether you’re a car-lover or not, Aussie or foreigner, this spectacle should be ticked off your bucket list.

This one is for our more adventurous road-trippers, spanning 140km from Oberon to Goulburn (via Black Springs and Taralga).

Technically speaking, this drive combines two roads: the run south of Oberon to the Abercrombie River is dubbed “Abercrombie Road”, and then switches to “Taralga Road” – passing through the small township of Taralga – and on to Goulburn.

Quiet, lightly trafficked and surrounded by forest, rolling hills and sprawling farms, this is a fantastic route to test your car’s touring abilities whilst throwing it through flowing curves and steep twisty sections where any passengers may become threatened with a bout of car sickness.

This road is a favourite among many car enthusiasts in the Central West, but be warned, Goulburn is the police capital of NSW, so be wary of Highway Patrol as you approach the outskirts of Goulburn.

Linking Sydney’s northwestern suburbs with the Hunter Valley, Putty Road is a favourite with motorcyclists and driving enthusiasts. 174km of narrow, winding, freshly-paved bitumen, the Putty Road will give you the ability to put your car through its paces.

In addition to the enthralling driving experience, Putty Road also offers brilliant views of the Wollemi and Yengo National Parks, along with a number of picturesque rest stops along the way.